Oracle Governance, Risk and Compliance Alternative - SafePaaS
For the latest information and timely articles from SafePaaS click here to visit our LinkedIn page. 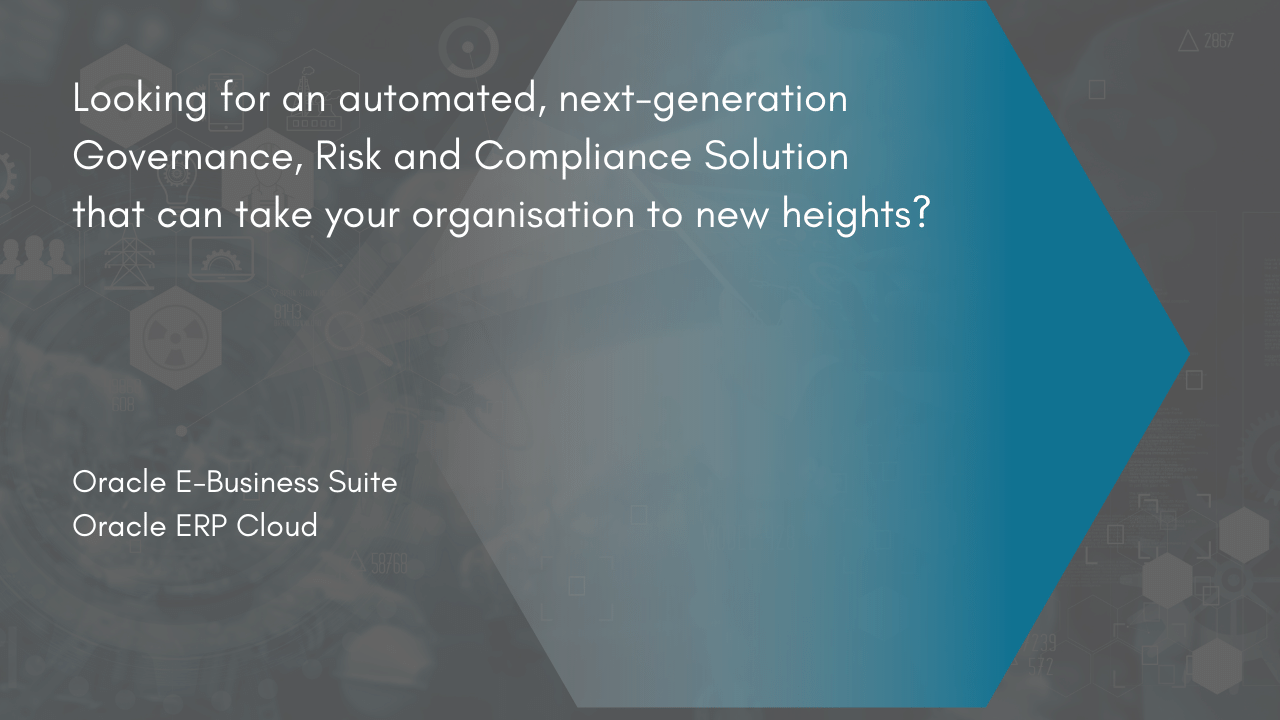 With Oracle Governance, Risk and Compliance support ending, it's time to start thinking about alternatives. SafePaaS, with the collaboration of former Oracle VP Nigel King, Founder and CEO of Appssurance Brian O'Neil, Principal Consultant at Cential Jannie Wentzel and SafePaaS CEO Adil Khan (author of the GRC Handbook for Oracle Applications) put together a 4-part event that covers everything you need to know if you are running Oracle E-Business Suite and Oracle Governance, Risk and Compliance (GRC). If you missed the sessions you can find them here all in one place.

The event was very well received by Oracle GRC customers who didn't doubt in tasking up the opportunity to speak with the presenters to learn more about how they can not only move to an alternative GRC platform but go way beyond GRC with a complete platform of risk management product suites. Alternatively, if you really want to keep running Oracle GRC, we can help you with that too.

The first part of  the event joined Oracle GRC veterans Nigel King (who brought the first of the GRC Oracle products to market), Brian O'Neil, oracle GRC industry leader, Risk Expert Jannie Wentzel and SafePaaS CEO Adil Khan who discussed the evolution of GRC from the early days of GRC two decades ago up to where we are now with next-generation GRC tools. Great insight not to be missed into how GRC tools have evolved over the years and where they are headed.

The second part saw Brian and Adil discuss how you can maintain Oracle Governance, Risk and Compliance even after development ceases product updates. We shared a RACI matrix of the GRC duties needed to be carried out internally by organisations if they do decide to keep running GRC. This session is valuable for those organisations that are not quite sure what next steps to take and what needs to be done to keep running GRC.

Scott Elequin, former SmartDog President joined us for part 3 to discuss how to build a GRC roadmap using our proven six-step methodology. This session is a must-see session to learn about next steps to create a proven GRC strategy that works in your organization.

The last session saw our CEO and Global Channel Director Jane Jones discuss how SafePaaS customers can extend GRC controls across the enterprise and get more value out of the software they own. The SafePaaS platform is not just an automated Governance, Risk and Compliance platform - it's a complete Business Information Risk platform that goes way beyond checking the box.

To view the recordings of the sessions, get access to the RACI Matrix of GRC duties and the six-step GRC roadmap methodology and have a complimentary discussion session with the author of the GRC Handbook for Oracle Applications Adil Khan to see what to do now sign up here: